This new charting option is offered in a standard or premium option, in simplified coverage areas.

Garmin Navionics+ Charts- Available in a large region including the US & Coastal Canada or smaller regions including Canada & Alaska, US North, US East, US South and US West. These cards include both inland and coastal waters within the chosen region. 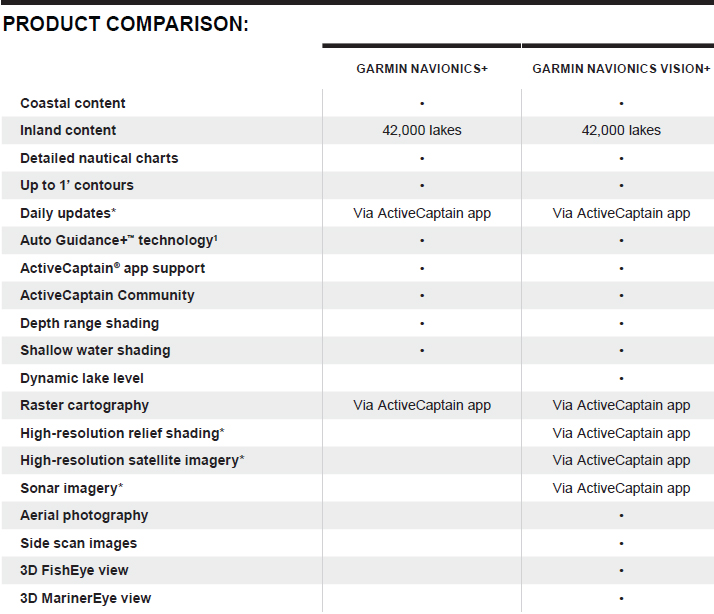 Give us a call if you have questions about this exciting new chart option!

2022 is off to an exciting start with the release of the Garmin Fenix 7 series multisport GPS watches. This series includes 3 case sizes and 3 editions with several color options.

These watches build off of the popular Garmin fenix 6 line of GPS watches and add some great new features. The fenix 7 watches all have a touchscreen as well as button controls. Advanced health monitoring includes Health Snapshot which captures and saves a collection of critical health related metrics taken during a two-minute session. Sensors include GPS, GLONASS and Galileo Satellites. Pulse Ox Blood Oxygen Saturation is included on all Fenix 7 models. The fenix 7 series pairs with the Garmin Golf app and is Tournament Legal. The fenix 7 series are also compatible with any smart trainer, including those from Tacx, with an ANT+ FE-C protocol.

Check out the fenix 7 series here or call us for help selecting the right watch for you!

The Lowrance 22.1 software update for Lowrance HDS Live, HDS Carbon and Elite FS displays is now available. The 22.1 update adds the new Ghost 360 view to your compatible display when your system includes a Ghost Trolling Motor and Active Imaging 3-in-1 Nosecone Transducer. This unique view is generated by the automatic rotation of the Ghost Trolling Motor with an Active Imaging 3-in-1 Nosecone transducer. 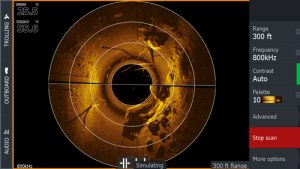 Software updates are free from Lowrance and can be accessed here.

We are thrilled that the show is back on this year and look forward to seeing familiar faces as well as to connect with new boat enthusiasts. It’s always a great time for us to meet up with our industry partners and learn about new products and on occasion- see some new product releases.

We hope to see you there!